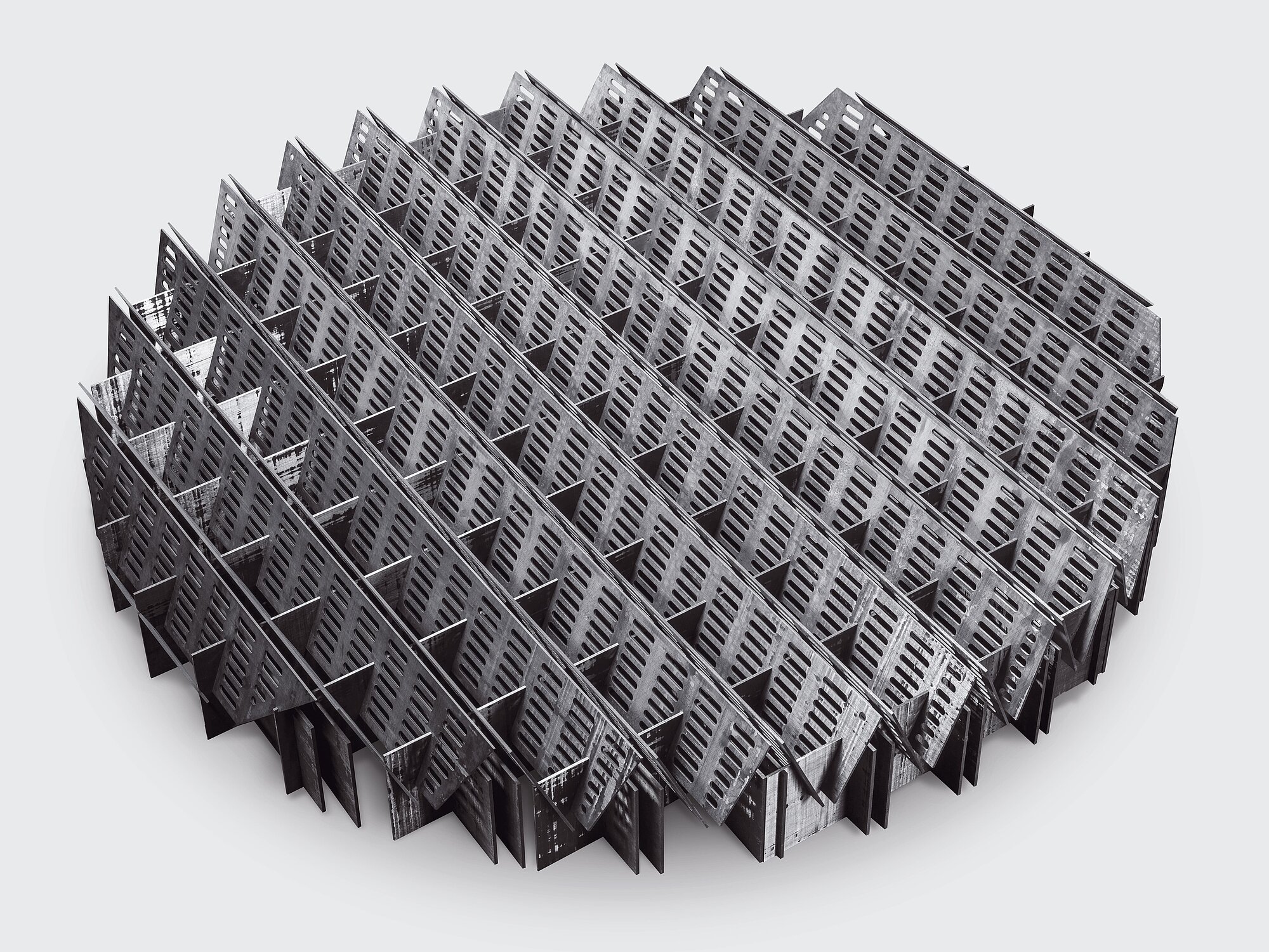 Our entire range of different components & assemblies is at your disposal to ensure the reliable operation of your entire process. For this purpose we offer POLYFLURON® (PTFE) lined components such as expansion joints, piping systems and liners from Dr. Schnabel, a subsidiary of SGL Carbon.

In addition, we rely on modern composite materials and use the high-strength and temperature-resistant properties of our SIGRABOND® Chemical (CFC) material for our column internals.

Also in terms of process reliability we have a reliable solution for you. Our rupture disks made of DIABON® (graphite) guarantee maximum reliability in operation.

Play it safe and choose the components & assemblies from SGL Carbon.

We provide global support for safe and economical handling of your corrosive media. The basis for our products and solutions is POLYFLURON, which continues to perform safely when other plastics have long since reached their limits. 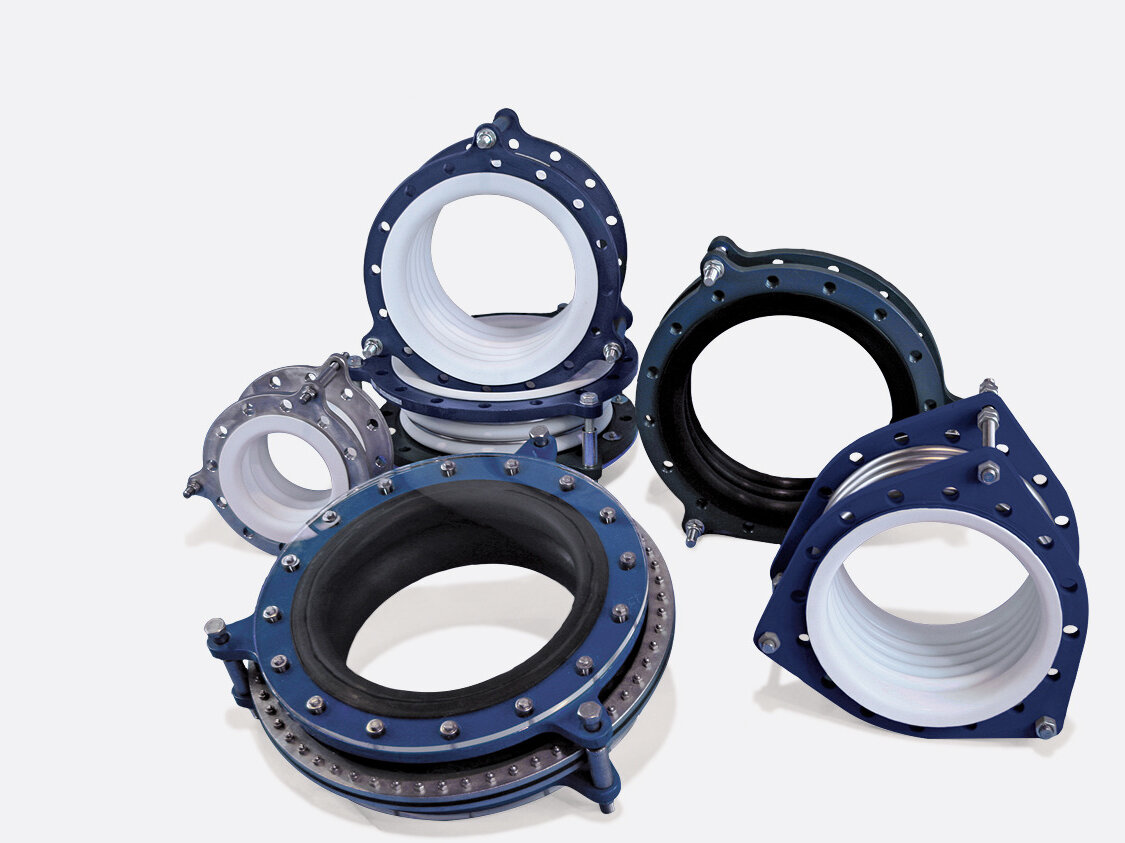 FLUROFLEX expansion joints are also used to absorb oscillations and vibrations – for instance those generated by pumps – because of its low susceptibility to material fatigue and the complete absence of brittle fracture.

Our expansion joints are based on POLYFLURON PTFE and mainly installed in steel- and PTFE-lined steel pipelines, enamel/ glass-lined pipelines and plastic and fiber-reinforced plastic (FRP) pipelines. Because of their flexibility and low spring rates, they are also used in sensitive plant components with enamel finishes, in FRP and graphite process equipment and graphite heat exchangers. 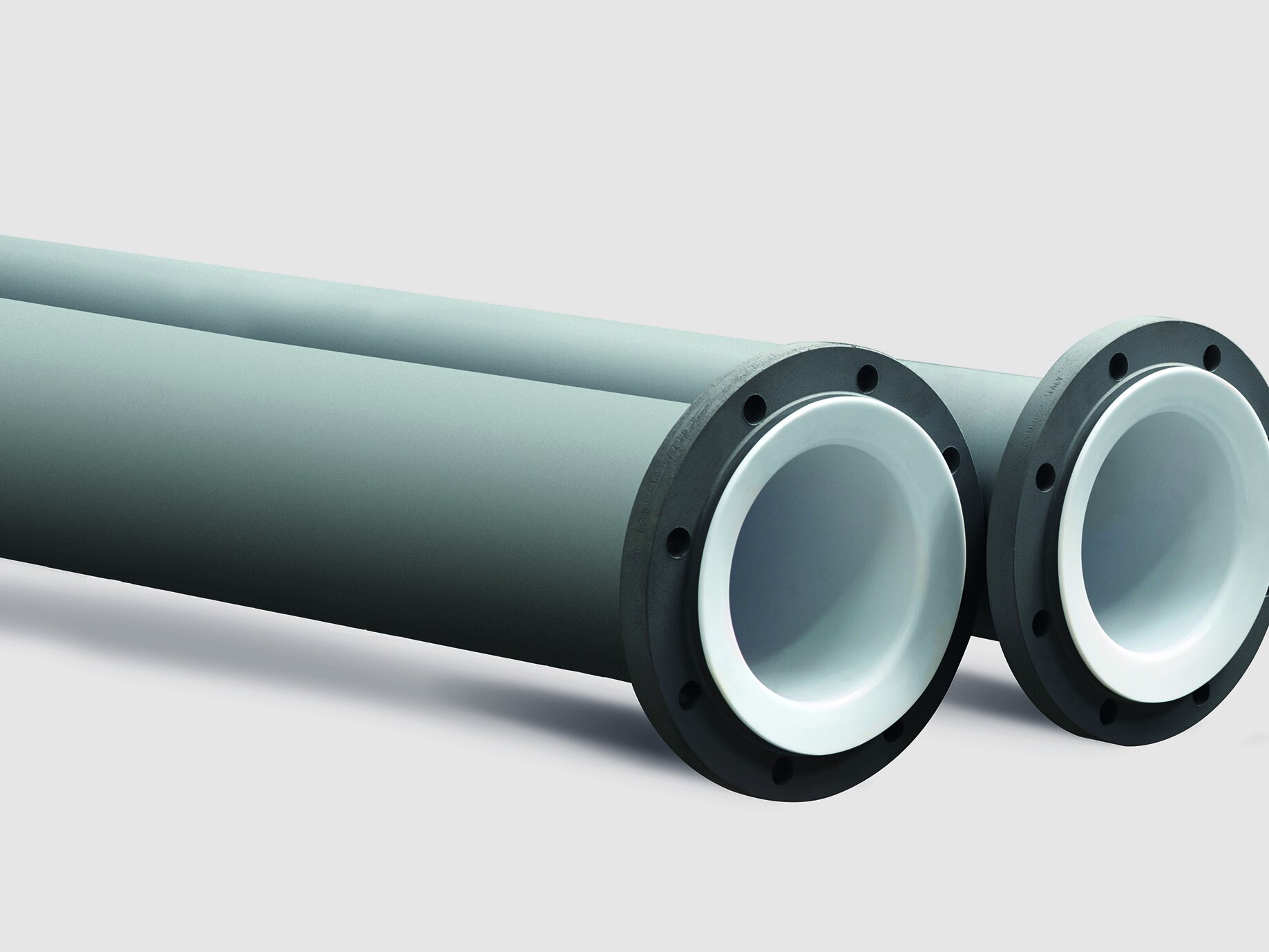 Based on our experience with paste-extruded PTFE and more than 1000 reference customers, we supply a comprehensive range of POLYFLURON lined piping systems, mainly for the transport of corrosive media. 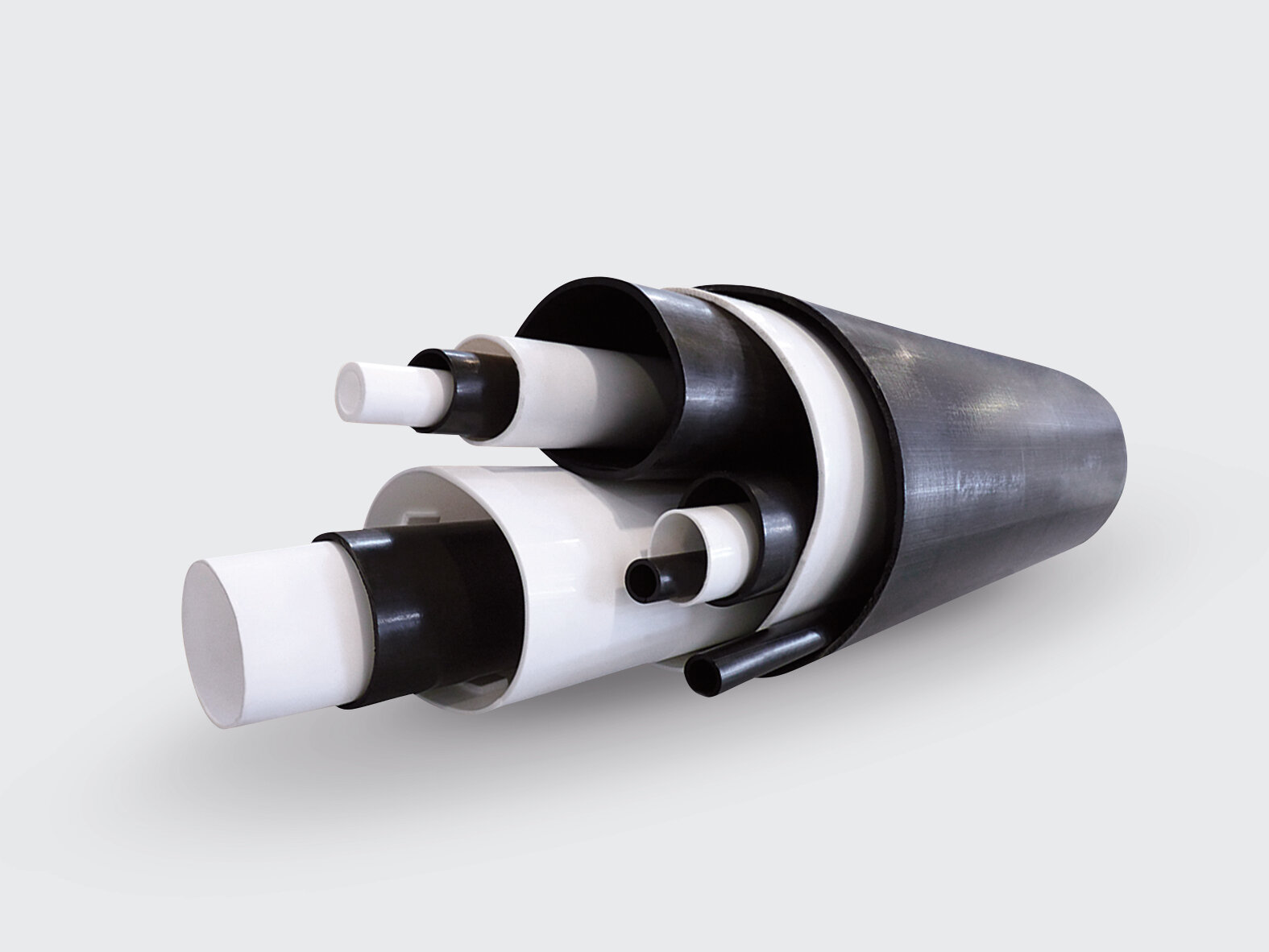 For the lining of components, we supply a comprehensive range of POLYFLURON liners. You can also request to have your existing components lined directly by our specialists. Our pipe liners are seamless and available in many different sizes:

As supplier of large-capacity steel components such as columns, reactors, and vessels with a POLYFLURON lining, we can line components of virtually any shape or size – even complex geometries. Our portfolio leads from seamless to welded linings, depending on the shape and size of the component.

SIGRABOND Chemical is a modern, high-strength, temperature resistant composite material made of carbon fibers within a plastic or carbon matrix. It outperforms most other conventional materials and provides significant technological, as well as economic, benefits.

Our internals are designed both for new column installations and upgrades of existing installations utilizing traditional corrosion-resistant materials (exotic metals, ceramics, plastics, glass linings, etc.) in the chemical, fine chemical and petrochemical industry, as well as in the food and fertilizer industry.

No material mix in internals 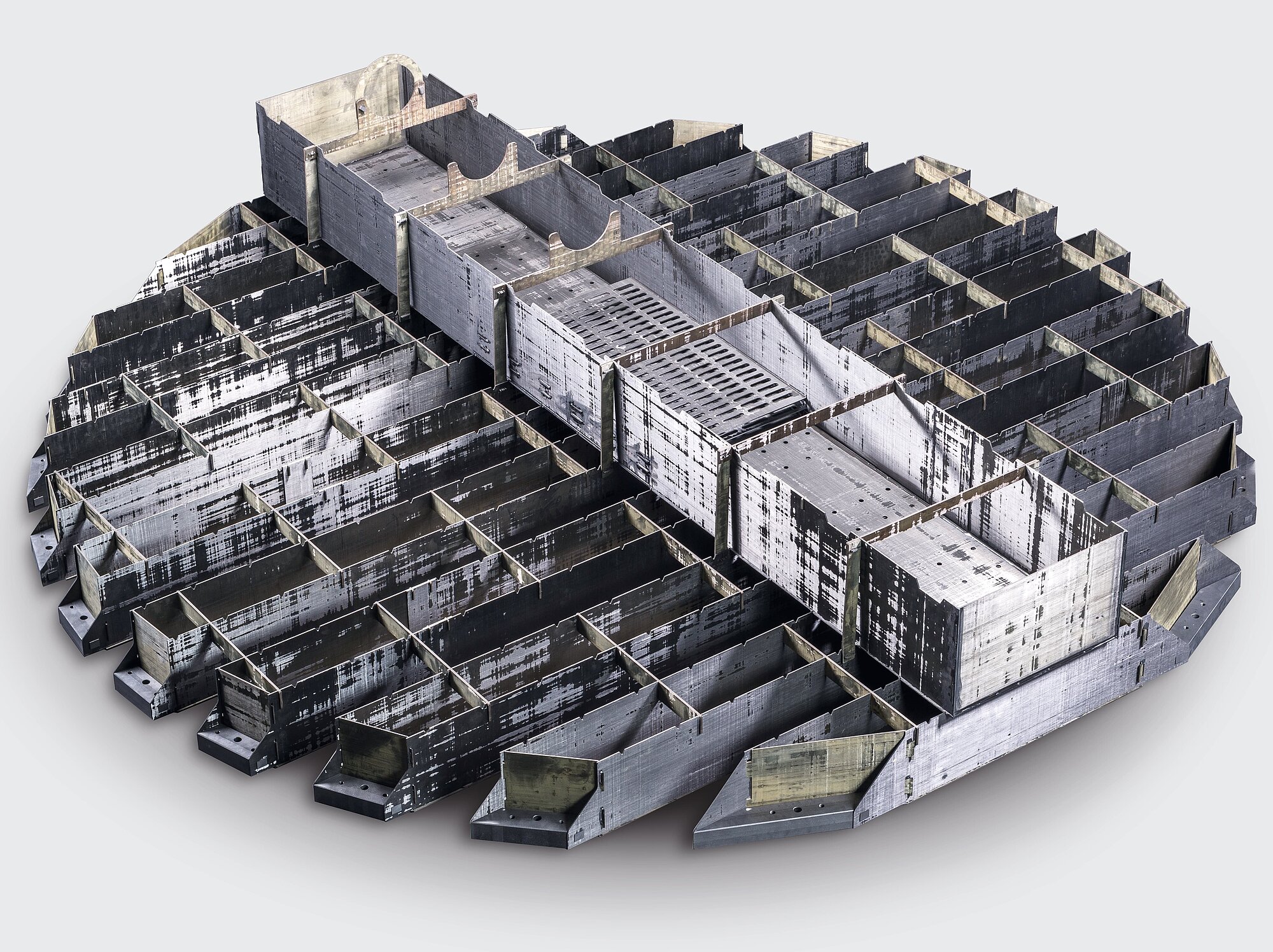 We have set up a cooperation with the global leading internal supplier, thus combining our material expertise with their mass transfer know-how. This results in innovative and economic solutions for your demanding applications.

Our innovative column internals include:

SGL Carbon´s rupture disks are made exclusively from DIABON graphite material, PFA (fluoroplastic), PTFE or SIGRAFLEX® graphite foil. These materials are notable for their high resistance to a large number of aggressive media.

Several variants of rupture disks are available to serve your special purposes e. g. Series HT for highest temperatures up to 300 °C or Series F with PFA coating for thigh temperature, vacuum and food applications. 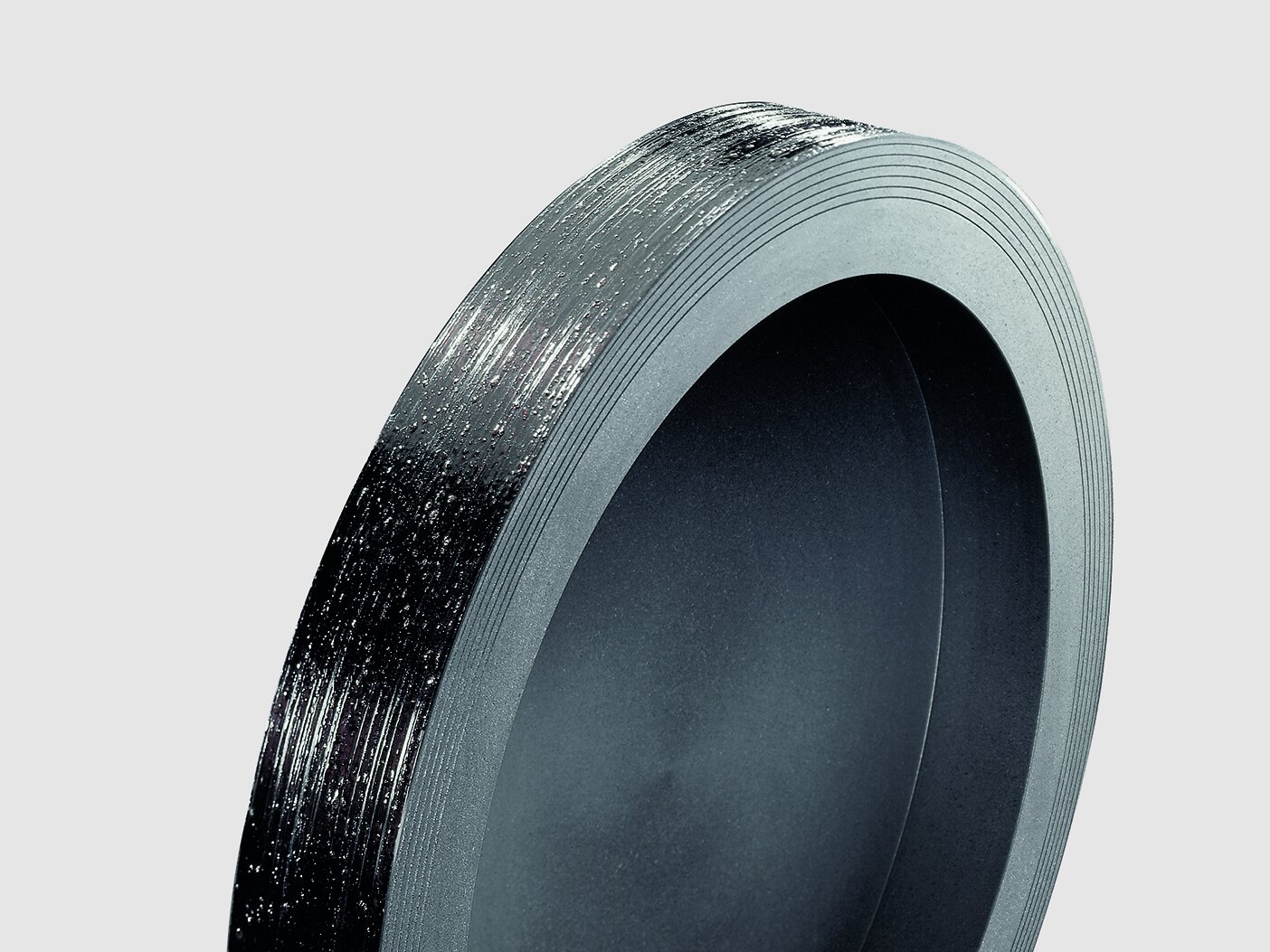 More control – more reliability
Our rupture disks, made of high-grade graphite for process equipment, steadily burst at the rated pressure. Due to the homogenous structure of the material, constant strength is maintained all over the disk, only rupturing when pressure reaches the critical value.

Ring flanges for additional safety
On request, our disks (series N, F and HT) can be supplied with a carbon fiber-reinforced ring flange. This reduces the risk of rupture due to assembly errors and minimizes the likelihood of media escaping after the safety disk is released.

Instant release of pressure
A further major advantage lies in the optimized brittleness of the material. Thanks to this, our DIABON graphite rupture disks instantly free the entire pressure release aperture on bursting.

Resisting temperature rises
While the conformity to rated bursting pressures in metal rupture disks generally declines as temperature rises, our disk series F and HT remain unaffected by heat. The mechanical strength of the disks doesn’t alter over the entire permissible temperature range.

All brochures and technical data sheets on our products and solutions for process technology can be found in our Download Center.

Directly to the Chinese data sheets 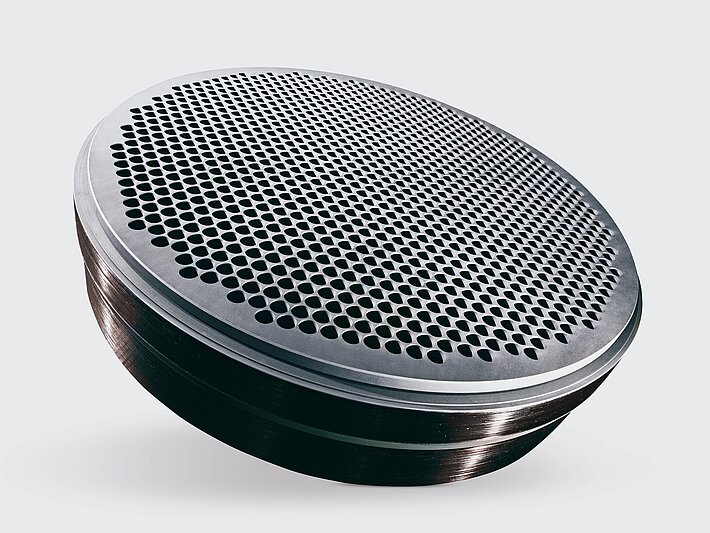 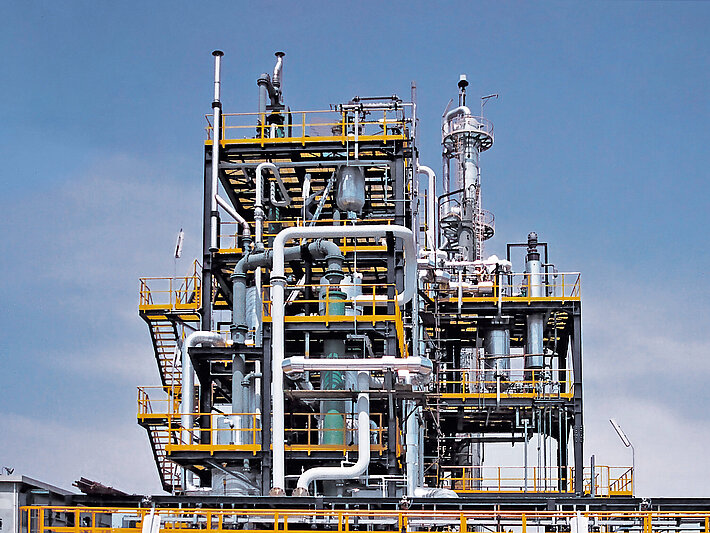 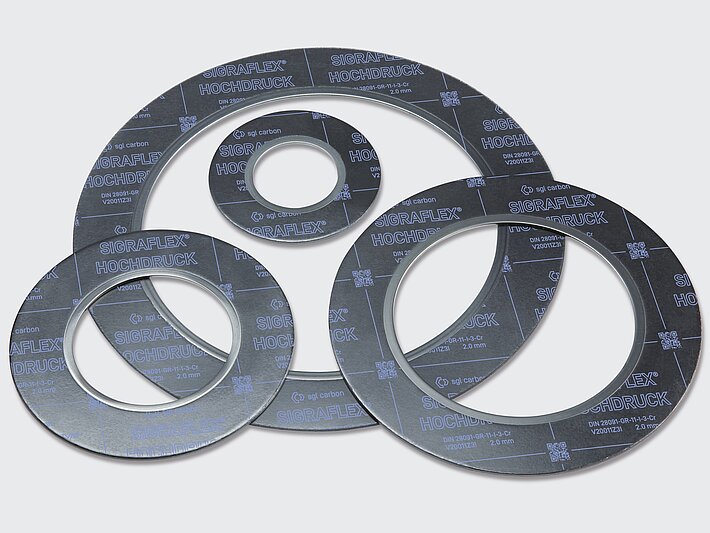 Sealing Materials for the Process Technology 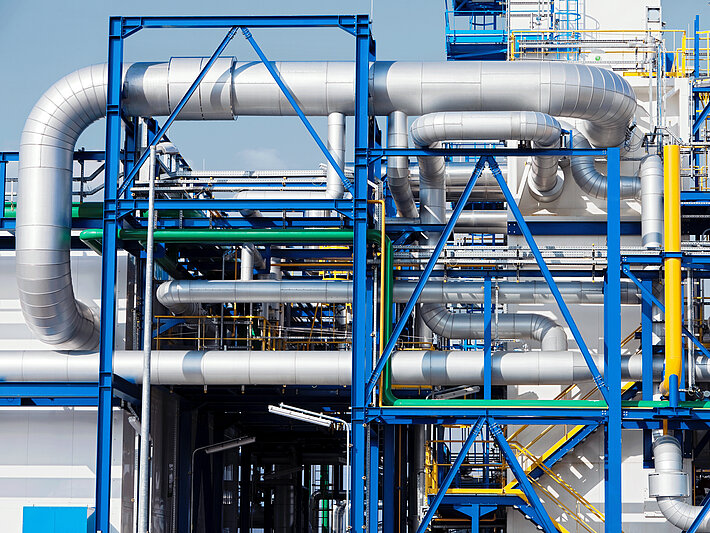