With SIGRAFLEX you know what you get.
Safety. Quality. Reliability.

The SIGRAFLEX story begins in 1972 with the inauguration of our first flexible graphite foil line in Meitingen, Germany, and the SIGRAFLEX brand registration. Since then, our brand and products have conquered the world wherever safety, quality and reliability of the sealing materials are required.

From then to now, our SIGRAFLEX flexible graphite materials, SIGRAFLEX carbon and graphite yarns and, most importantly, our SIGRAFLEX people, make the difference by delivering the ultimate solutions for sealing and high temperature applications.

When buying SIGRAFLEX, our customers and the end users know what they get.

Join us on our journey through the last five decades and read about the SIGRAFLEX history.

We will be adding more details and stories about all the milestones on this page throughout the year.
So be sure to come back!

From the start, SIGRAFLEX established itself as the quality leader in the market of flexible graphite products. With our two production sites located in Meitingen, Germany and Valencia/CA, USA we ensure supply safety for our customers all around the world. Our SIGRAFLEX people always strive to provide products meeting the highest standards of long-term stability, quality, and safety and are pleased to share their technology expertise.

Over the course of the last 50 years, many new and innovative SIGRAFLEX products have set benchmarks for high-end graphite sealing solutions – from SIGRAFLEX UNIVERSAL to SIGRAFLEX HOCHDRUCK, followed by SIGRAFLEX MF® and SIGRAFLEX APX2® up to the TA-Luft compliant PRO variants and our SIGRAFLEX APX2 yarn.

Then and still today, SIGRAFLEX stands for Unrivalled Sealing. 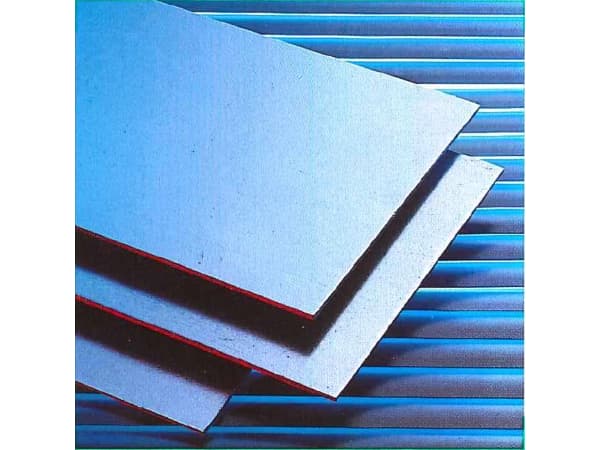 Translation: "Not a cheap gasket. But in many cases the most economical solution for extreme sealing problems. SIGRAFLEX®"

Development of a new graphite material with unique properties

In fact, the history of SIGRAFLEX begins even before 1972. The space race that started with the flight of the first artificial earth satellite Sputnik 1 by the Soviet Union in 1957 and with the increasing need for lightweight and extremely temperature-resistant materials also inspired the research and development activities at the then Siemens Plania AG. Carbon-based materials seemed to be ideally suited for this purpose. The company thought it had a good chance of success in serving many industrial applications too and creating a new pillar for the company.

At the beginning of the 1960s, a large number of projects were therefore launched with the aim of producing new so-called special materials from carbon and graphite. Numerous materials that were deemed suitable – were pyrolyzed, e. g. threads, fabrics and felts. This gave rise to the new products carbon and graphite felts, carbon threads and fibers, carbon fabric, foamed carbon and glassy carbon.

Photo: ZDF, one of Germany’s major TV stations, filming at the SIGRI booth at Hannover Messe trade show in 1969.

At SIGRI ELEKTROGRAPHIT, the new company formed in 1967 after the merger of the carbon activities of Farbwerke Hoechst and Siemens Plania, another unique graphite material also awakened the interest of the researchers: flexible graphite. Under the guidance of Gernot Hochegger, amongst others, a whole range of new products including SIGRAFLEX flexible graphite foil was developed.

In 1969, SIGRI ELEKTROGRAPHIT presented all the newly developed special materials to a wider audience for the first time at the Hannover Messe (“Hanover Fair”), one of world's largest trade fairs mainly dedicated to the topic of industry development. In particular, the impact of a television report on ZDF, one of Germany’s major TV stations, in which the new products were presented, was significant and exceeded all expectations. This generated great interest in the new materials and a huge number of visitors to the fair. To handle the many inquiries, a new sales organization called SOKO was even founded with the aim of pushing the launch of the new products and exploring the economic potential.